What You Won’t Miss About Drinking

When I first heard that my parents were sending me to treatment for alcoholism, there were so many thoughts racing through my head. Among them were thoughts of what I would miss the most about drinking. I had a list: the adrenaline rush, the unpredictability, the easy connections with people, pre-gaming before a night out, and it went on.

I was so afraid that by getting sober, I would be making a choice to be unhappy and spend my lifetime missing everything related to drinking. Luckily, the reality couldn’t be further from that. Today, four and a half years sober, there is little I miss about drinking because the negative effects on my life far outweighed the positive. Chances are, the same will be the case for you. Here are just a few of the things you probably won’t miss about drinking once you stop.

Oh, the hangovers. There is absolutely nothing enjoyable about peeling your eyelids open with a pounding in your head and a pit in your stomach. Hangovers, which are actually alcohol withdrawals, can be incredibly debilitating over time. Some hangovers may be a minor inconvenience, but others can keep you from doing anything productive with your day. It’s only once you stop experiencing hangovers that you realize how bad they truly are.

2. The Toll On Your Physical Appearance

Alcohol isn’t the best thing to put into your body, especially in excess. Depending on what you drink, you could be taking in way more calories and sugar than you realize. Additionally, getting drunk can make people hungry, which can result in drunken eating and possible weight gain. Over time, alcohol can also cause a bloated and overall unhealthy appearance. The thing is, when you’re actively drinking you don’t necessarily realize the toll it’s taking on your body, or you just don’t care. But when you remove alcohol, it becomes pretty obvious how it was affecting you physically.

3. Wondering Who You Need To Apologize To

One of the worst things about drinking and not remembering the night clearly was waking up and wondering who I owed my apologies to this time. More often than not, I had said or done something to upset someone when I drank. There was always a sense of dread in the mornings when I couldn’t remember the night’s events. It’s so freeing to wake up today and know exactly what I said and did the night before.

4. Retracing Your Steps To Find Your Phone/Purse/Keys/Etc.

If you’re a heavy drinker, you’ve most likely lost something during one of your nights out. If you’re a really heavy drinker, you probably have no idea where you lost said items. There’s nothing fun about having to ask around to find out where you were the night before and when people last saw you with your phone or purse or whatever you are missing. If you’re lucky, whatever you’re missing turns up, but sometimes it doesn’t. In sobriety, it’s easier to keep track of your possessions.

Drinking is expensive, especially during nights out and at bars. At the time, it may seem like a necessary cost. But when you stop drinking, you’ll realize just how much money you were spending on alcohol. In sobriety, you can keep that money and spend it on a passion, or even save it. The choice is yours.

This is never fun. If you had a problem with drinking, you’ve likely faced legal ramifications as a result. Whether it be for drinking underage or a DUI or as a result of a drunken encounter, legal issues are stressful and expensive. In sobriety, you are in total control of your actions and in a better state of mind to make the right choices.

7. Having A Bad Reputation

When I drank, I had a bit of a reputation as the one who always went overboard. At the time, I laughed about it, even enjoyed it. The truth is that I missed having a reputation for being a responsible and kind person. Drinking had taken that away from me, and it wasn’t until I got sober that I found my way back to a good reputation.

8. Disappointing The People You Care About

This is probably one of the worst consequences of drinking. Disappointing the people who love you is one of the lowest feelings there is, especially when you promise them something won’t happen again and it does. Eventually, you begin to run out of chances with the people you love. In recovery, you have the chance to rebuild the trust and relationships.

9. Letting Your Morals Slip Away

Another unfortunate aspect of drinking is allowing yourself to lose sight of your morals. The things that used to be important to you begin to slip away as drinking takes a front and center role in your life. Alcohol has a way of changing what you find important, and not for the better. When you stop drinking, you have the chance to find your way back.

This is perhaps the hardest part of all when it comes to excessive drinking. It happens gradually. One day you look in the mirror, and you don’t recognize the person looking back. You realize that somewhere along the way, you lost yourself. Continuing to drink will just allow your old self to keep fading. Taking back control of your life allows you to rediscover the person you once were.

The bottom line is that even though there are things you think you will miss when you put the bottle down, it probably won’t be as bad as you anticipate. The things you gain in recovery are much greater than the ones you lose. 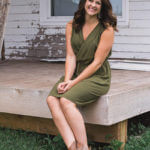 Substance abuse and treatment can be signifigantly impacted by the area, urban or rural, where a person lives and the characteristics of these regions.

Rural Communities: Sticking To A Recovery Plan No Matter The Distance

With almost one in five adults in the U.S. living with a mental illness, Americans that live in rural communities face obstacles accessing treatment.

After struggling with an Opioid addiction, these celebrities managed to find sobriety and a continued career in entertainment. Recovery made it possible.