#TBT: A Brief History of Cocaine

Today, it’s pretty common knowledge that cocaine is a highly addictive substance with some serious health consequences. However, this wasn’t always so well known. Back in the day, cocaine was mistakenly viewed as a miracle substance in medicine and was even used to treat childhood ailments, like sore throats and toothaches! The cocaine of today is much more potent and dangerous than the drug of that era. Check out the timeline below to find out more about the history of cocaine and how it was used.

Timeline of Cocaine Use

3000 BC: The Incas chewed coca leaves to increase their heart rate and breathing, counteracting the effects of high altitudes in the Andes. 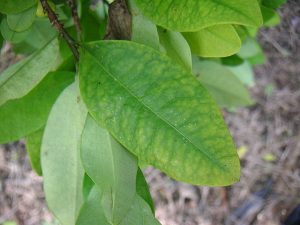 Early 1500s: Originally only used for religious and medical purposes by South American natives, the coca plant becomes a form of currency with the arrival of the Spanish conquistadors. The Spaniards initially ban the coca plant, but they soon realize that the indigenous Americans are more productive while working in the fields and mines when they use coca. The Spaniards begin paying the natives in coca leaves throughout the day for their labor.

1880s: Cocaine becomes popular in the medical community and remains an ingredient in tonics and elixirs until the early 1900s.

1884: Sigmund Freud, an Austrian neurologist and regular cocaine user, refers to cocaine as a “magical substance” and promotes it to his friends and patients as a cure for depression and sexual impotence. He believed there was no lethal dose for humans, but later lost a patient to an overdose.

1884: Carl Koller, an Austrian ophthalmologist, discovers the anesthetic effects of cocaine, laying the foundation for the era of modern anesthesia.

Early 1900s: The dangers of cocaine become apparent as it grows in popularity.

1903: Coca-Cola drops cocaine as an ingredient.

1922: Cocaine is declared illegal in the US.

1970s: After decades of relatively low usage, cocaine makes a comeback among entertainers, businesspeople and the wealthy. Referred to as the “champagne of drugs,” its stimulating effects and perceived low risk make it glamorous and popular.

1982: No longer the drug of choice only for the rich and famous, cocaine reaches the masses with 10.4 million users in the United States.

1986: The dangers of cocaine become all too apparent once again. The overdose of University of Maryland basketball star Len Bias shocks the nation.

1990s: With a well-organized and established network, Colombian drug cartels export 500-800 tons of cocaine to the United States, Europe and Asia every year. After the large drug cartels are dismantled by law enforcement agencies in the mid-90s, smaller drug trafficking organizations take over the trade.

2015: Cocaine addiction is one of the most commonly-treated addictions among Americans.

If you or someone you know know is struggling with addiction to cocaine, please contact a dedicated treatment provider today for rehab-related help.

Vaping And E-Cigarette Use Increases 80% Among High Schoolers

Getting sober isn’t just about abstinence from alcohol and drugs. It’s so much more than that. Sobriety translates into our everyday lives.

Is Your Addictive Personality Putting You At Risk?

An addictive personality can increase your chances of addiction. Learn the characteristics of this personality type and how to recognize dangerous habits.