Why Alcohol Is The Deadliest Drug

Opioids are taking the news headlines by storm, and rightfully so, as we are living amongst a deadly opioid overdose epidemic here in the US People are dying from prescription pills every day, and we cannot do enough to reduce the number of these deaths. However, what we don’t hear enough about is alcohol and how deadly it is. Alcohol is the most socially acceptable drug on the market and the most easily accessible. Even with this knowledge, the general public still has a tendency to believe alcohol is ok, not dangerous, and an acceptable form of relaxation. Science tells us something different. Alcohol is the deadliest drug of all. Let’s look at why this is true.

Alcohol Kills More People Than All Other Drugs Combined.

Alcohol is the third leading preventable cause of death in the US The National Institute on Alcohol Abuse and Alcoholism has reported that alcohol causes 88,000 deaths each year. Alcohol has shortened the lifespan of those 88,000 human beings by 30 years. All other drugs combined only cause 30,000 deaths a year. Alcohol is not only harmful to the individual, but it’s also harmful to society as a whole. Its negative effects are wide-ranging and can result in injuries, car accidents, violence, and sexual assault. Even with knowing this, alcohol is still more common than other drugs, and alcohol distributors and bartenders are not looked at like drug dealers who sell Heroin and Cocaine. Alcohol is different than other illicit substances that we know can cause overdose deaths because alcohol can also kill people slowly by deteriorating the body.

Alcohol Is 3 Times As Harmful As Cocaine Or Tobacco.

According to a study released in 2010 by a group of British scientists, alcohol was rated the most harmful drug overall and almost three times as harmful as Cocaine or Tobacco. In comparison, ecstasy was only one eighth as harmful as alcohol. This ranking encouraged the scientists to say that aggressively targeting the harms of alcohol is a necessary public health strategy. They also mentioned that the current drug classifications had little to do with the relation to the evidence of harm. Just because Cocaine and heroin are illegal doesn’t make them more dangerous. The World Health Organization estimates risks linked to alcohol cause 2.5 million deaths worldwide each year from heart and liver disease, road accidents, suicides, and cancer. On the scale given by the scientists, alcohol received a score of 72 out of 100. Heroin received a 55, while crack received a 54.

Alcohol Is More Easily Accessible Than Most Other Drugs.

Even though it is the deadliest drug, alcohol is legal in the US and Britain, as well as many other countries around the world. As we can see from this study and alcohol’s far-reaching effects, legal substances cause just as much damage, or more, than illegal substances. This might be in part because of how easy it is to access alcohol. Most people don’t even call alcohol a drug because of its acceptance and accessibility in our society. Did you know that more people enter treatment facilities for alcohol misuse than any other drug? According to Psychology Today, only 50% of Americans drink. Of that 50%, the majority of alcohol is consumed by the top 10 percent. Those heavy drinkers consume about 73 drinks per week. This means that Big Alcohol must sell to heavy, problematic drinkers. Their target market is a group of people are sick and suffering. This is no different from regular drug dealers who depend on consumers to buy their products.

Last year, we learned that alcohol is the direct cause of 7 forms of cancer. Even light to moderate drinkers are at risk. The study, published in the journal Addiction, provided evidence that alcohol is the direct cause of breast, liver, colon, esophagus, and other types of cancer. The researchers also mentioned that there is growing evidence, though not conclusive yet, that alcohol also causes skin, prostate, and pancreatic cancer. Alcohol also causes fatty liver disease, cirrhosis of the liver, and alcohol hepatitis. These conditions can kill drinkers slowly and over many years. Heavy drinking can weaken the heart and affect how oxygen and nutrients are delivered to certain organs in your body. Prolonged and excessive alcohol use can also interfere with brain function and structure. Not to mention the secondhand events that occur like car accidents, DUI’s, drunken injuries, toxic relationships, and destruction of property.

The truth is alcohol is the deadliest drug and the research and statistics prove this. In a country that is focusing solely on the current opioid epidemic, these facts are a good reminder that alcohol is deadlier and more socially acceptable than other drugs. Next time someone tries to justify drinking alcohol, remember it causes cancer and other diseases, it’s three times as harmful as cocaine or tobacco, and it causes more deaths than all other drugs combined. We shouldn’t just accept alcohol was a part of life; we should talk about just how deadly it is. 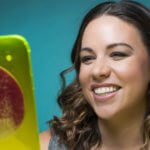