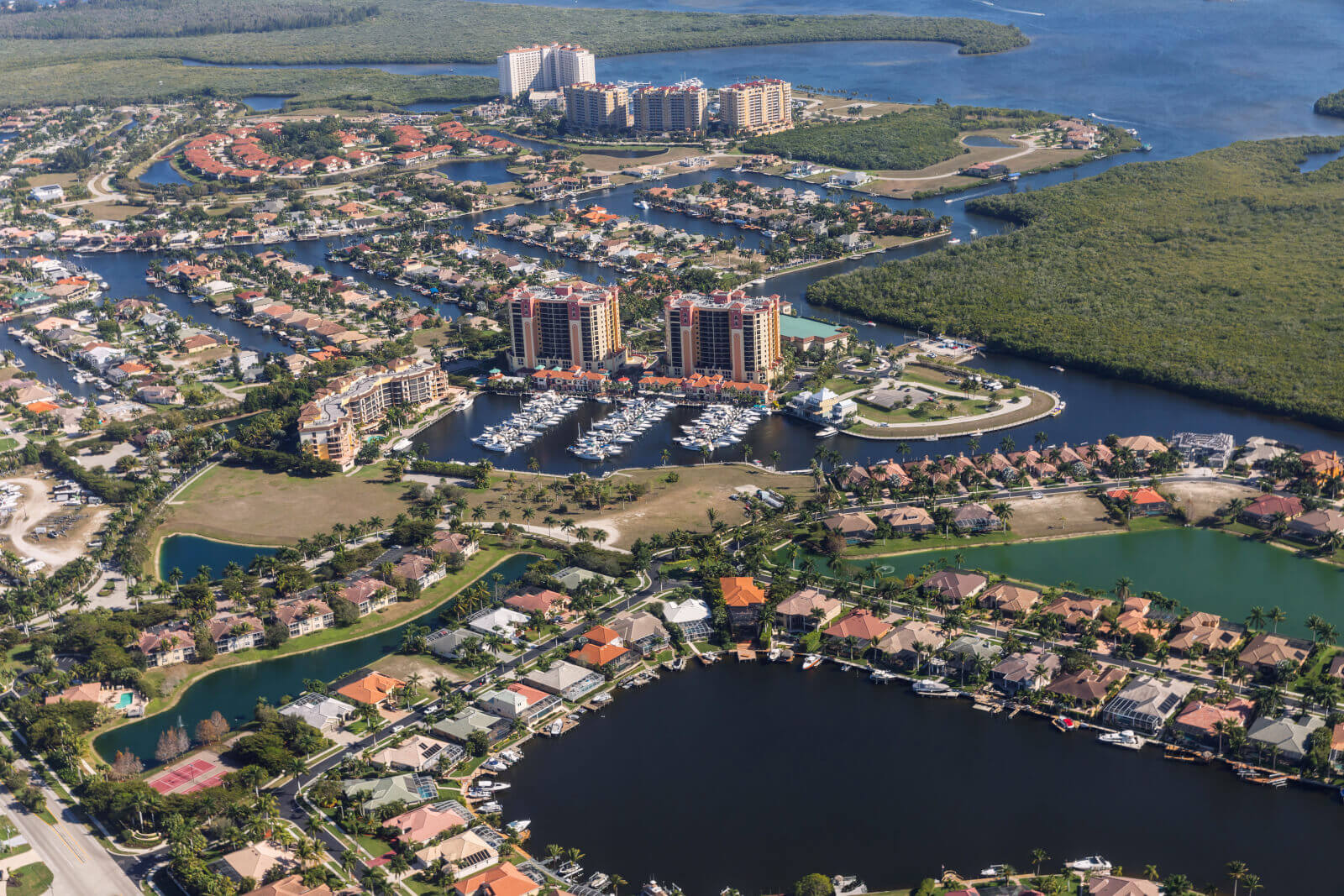 There is an abundance of drug and alcohol rehab options in the area of Cape Coral, Florida. Excessive drinking and heroin abuse are the most common addiction issues.

In Southwest Florida, Cape Coral is a city of 154,305 people as of 2010. It is also the primary city within the greater Cape Coral – Fort Myers metro area (home to almost 700,000 people). The oceanside city has more miles of canals than any city in the world and is thus known as the Waterfront Wonderland. The average Cape Coral resident is 47 years old, meaning common drugs of abuse are those typically found among older Americans. However, due to the area’s many sober homes and rehab centers, individuals are able to find treatment for different types of substance use disorders (i.e. alcohol use disorder, opioid use disorder, and et cetera).

One particular substance abuse issue in Cape Coral is the high rate of excessive drinking. In Cape Coral’s Lee County, 65% of residents self-reported as current drinkers and 26.8% reported drinking excessively, including heavy drinking and binge drinking (having 4 or more drinks in under 2 hours for women or having 5 or more drinks in under 2 hours for men). Because people are often afraid to reveal their drinking habits – even anonymously – it is likely that rates of excessive drinking are even higher for Lee County. In 2016, 1 in 20 residents self-reported drunk driving in the past month – a significant increase from 2014. 36% of respondents reported alcohol as being the most problematic substance of abuse in the county.

The negative effects of alcohol abuse on the city of Cape Coral include:

Across the state of Florida, rates of heroin abuse and overdose have risen in recent years. Coroners report the presence of heroin in autopsies climbed 125% between 2013 and 2014. Additionally, calls to emergency medical services, emergency room visits, and heroin-related overdose deaths are all up in the Cape Coral area. In 2015, there were 47 heroin overdoses  in Lee, Collier, and Charlotte counties, in addition to 346 opioid-related deaths.

Furthermore, new trends in mixing drugs has led to a rash of overdoses with shocking side effects. In Cape Coral, some have started to mix heroin with the nerve pain medication, gabapentin (also known as Neurontin®).

You hear about people, like literally their skin is peeling right off of their body. It’s almost like they’re burning from the inside out. Your breathing mechanisms can stop. Your ability to function and your thought process is completely altered by these medications.

Sufferers of an opioid use disorder may try to mix opioids with other drugs (or alcohol) to increase their high. But, as is the case with heroin and gabapentin, poly-drug use greatly increases an individual’s risk of overdose and permanent bodily damage.

For those seeking an addiction treatment center in the Cape Coral area, there are plenty of options. South Florida is known for its many rehabs, detox centers, and sober homes. However, due to the proliferation of rehab centers in southern Florida, people suffering from addiction, as well as their families, need to beware of untrustworthy businesses.

The cost of detox in Cape Coral can run up to $800 per day and a 28-day residential treatment program can cost as much as $16,500. The cost of addiction, however, could be your life. It’s important to know what your insurance covers and if the treatment center offers any sliding fee scale payments.

To ensure your loved receives the best care for their substance use disorder, search the Substance Abuse and Mental Health Services Administration (SAMHSA) database or contact a recovery provider for more information about your rehab options.

In times of stress, and encourages them to ask for facilitate with their most immediate considerations, Counseling and Psychological Services (CAPS) provides counseling for college student. Our college personal is knowledgeable in addressing deeper biological process and psychological problems starting from stress and depression to habit and intake disorders. All considerations are self-addressed with warmth to and respect for multiplicity and individuality. We tend to maintain the strictest standards of privacy and discretion, and function as a resource to the whole FGCU community.

Understanding one’s identify, establishing and maintaining relationships, dealing with anxiety and depression , coping with losses, handling academic demands and financial issues are many stresses students experience in their day to day life. So to help students overcome all the challenges that are caused while trying to meet their intellectual, interpersonal and developmental goals FSW Counseling office provides a variety of free and confidential services including consultation, on campus short term counseling and off campus outreach programs that are designed to help with these tasks. The student can take up personal counseling to check his/her capability at resolving all the personal and academic issues.