Known for its party scene and celebrity culture, Los Angeles is a breeding ground for drug abuse. The city is home to some of the nation’s finest luxury rehabs, making LA one of the top travel destinations for those in need of addiction treatment. 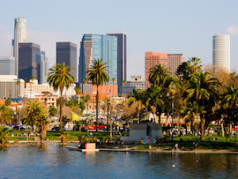 California has one of the highest concentrations of addiction treatment centers in the nation, many of which are located in Los Angeles or its surrounding neighborhoods. Given the city’s long history of substance abuse, it’s not surprising how many drug rehabs are located in LA.

Los Angeles may be the poster child for luxury rehabs, but the city is also home to holistic centers and affordable treatment options.

Whether you’re a Los Angeles local or an out-of-towner, the City of Angels has plenty of addiction treatment programs to fit everyone’s needs. Please call a treatment provider today to discuss available treatment options. 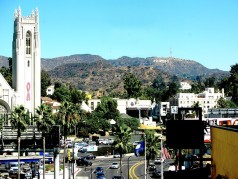 Los Angeles is a sprawling city made up of numerous neighborhoods and surrounding suburbs. While some of these areas are not technically part of the city of Los Angeles, they have quality rehabs that are merely a short drive from downtown.

Should I Travel Outside of LA for Treatment?

Although there are plenty of great rehabs in Los Angeles, traveling to another city for treatment is sometimes the best option. Some people may simply need to get away from the people, places and things that trigger their desire to use. Others may find the stress of living in a fast-paced environment like LA has contributed to their addiction. Finding a rehab in a slower, more relaxed location may help them heal more efficiently.

As is true of many major cities in the U.S., substance abuse has been a common struggle in Los Angeles for decades. The city’s proximity to the Mexican border may be in part to blame, as it makes LA a prime location for Central and South American drug traffickers to transport and distribute illicit substances.

The crack cocaine epidemic that swept the nation in the 1980s destroyed countless lives and families across the U.S. The epidemic is believed to have originated in South Central Los Angeles, where imported Colombian cocaine was converted to crack and sold in impoverished, black communities. Evidence of the drug’s destruction is still apparent in those communities today.

In low-income neighborhoods of South Los Angeles, the enduring lure of the cheap, potent drug ‘has changed the architecture of the community,’ in the words of Los Angeles Police Department Assistant Chief Earl Paysinger. The crack epidemic rolled through some lives like a wildfire and burned slowly through others over years. Crack steered fathers to jail, lured mothers into the streets and left children to raise themselves in neighborhoods bristling with despair and anger. Their families and communities were left scorched and in many cases, still smoldering.

Crack cocaine is not the only illicit drug that plagues the City of Angels. According to a 2011 report by the National Drug Intelligence Center, Los Angeles’ high intensity drug trafficking area (HIDTA) is increasingly being used to transit and sell methamphetamine from Mexico. The report also noted there’s been an increase in local production of marijuana.

In the first half of 2013, 22 percent of treatment center admissions were for alcohol.

The Los Angeles County Substance Abuse Prevention and Control (SAPC) program is responsible for administering alcohol and drug programs in the county.

The SAPC program offers a variety of prevention, treatment and recovery services, and is LA’s hub for local addiction information.

The Antelope Valley Rehabilitation Centers (AVRCs) is a division of the SAPC program. The AVRCs offer cost-effective inpatient and outpatient treatment services, as well as mental and physical health assessments, treatment and referrals. The centers also offer the following:

The AVRCs use a sliding scale based on each patient’s financial situation to determine the cost of treatment. The centers also accept Medicaid and Medicare.

Find Help in Your City Now

If you live in LA and are struggling with alcohol or drug addiction, there is help available. Thousands of people—locals and travelers alike—get treatment in Los Angeles rehabs every year. There are several high quality treatment centers to choose from. Contact a treatment provider today to discuss available options.

Other Cities in California

Ready to connect with treatment seekers across the country? Enter your information to learn about our advertising options and get in contact with our development team.