Concerta is a stimulant with a high potential for addiction. It is often abused by students and athletes to boost focus and attention.

The Harrison House of Northern Virginia 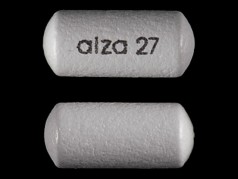 Concerta (methylphenidate) is a prescription stimulant in the same class as Ritalin. In fact, Concerta and Ritalin have essentially the same chemical make-up, but Concerta is the extended-release version, lasting up to 12 hours.

The chemical makeup of Concerta is similar to other stimulants like cocaine and amphetamine, and the drug is similarly addictive.

Those who use the drug recreationally—without a prescription—and those who take more than their prescribed dosage are at risk for developing a Concerta addiction.

A person with an addiction to Concerta will experience uncomfortable withdrawal symptoms if they stop taking the drug, such as paranoia, fatigue and depression. Other signs of Concerta addiction include:

Those struggling with a Concerta addiction are advised not to quit taking the drug without medical supervision. A medical provider can set up a tapering program for the user where the drug will be administered in increasingly smaller doses. A medical professional can also help users manage and treat withdrawal symptoms.

When abused by older teens or adults – especially if it’s crushed or poured from capsules then snorted or injected – the drug is more like other forms of amphetamine, including methamphetamine, that have damaging and addictive psychological and physical effects.

Concerta pills are cylindrical in shape and either red, gray, yellow or white, depending on the potency. They are formulated in 18 mg, 27 mg, 36 mg and 54 mg strengths. Concerta is a brand name of the drug methylphenidate. Other brand names of methylphenidate include:

Concerta is primarily used as a stimulant medication to increase attention span and decrease hyperactivity and impulsive behavior.

Concerta and other stimulants have a calming effect for individuals with ADHD and similar conditions and increase focus, so they are widely used to treat attention deficit hyperactivity disorder (ADHD). However, if individuals who do not have ADHD take these medications, the result will be hyperactivity and overstimulation. The drug also slowly raises the user’s dopamine levels in the brain, achieving a therapeutic effect for those with proper ADHD (and similar) diagnoses.

Some people abuse Concerta by taking more pills than prescribed or by crushing and snorting large doses of it for a more powerful high. The drug can also be abused intravenously.

Getting or using Concerta without a prescription is considered abuse of the drug. For those with a prescription, increasing the dose and/or frequency without the prescribing doctor’s recommendation is also considered Concerta abuse.

Concerta affects chemicals in the brain and nervous system that contribute to hyperactivity and impulse control. It is often prescribed to treat ADHD and narcolepsy. Although many people take Concerta to treat these conditions, others abuse the drug for its stimulant properties.

People may abuse Concerta to:

Taking too much Concerta can lead to overdose, which can be life-threatening.

Psychological symptoms of Concerta overdose include:

Concerta is sometimes taken in combination with other drugs, such as alcohol—especially among college students. Mixing Concerta with alcohol can have dangerous consequences.

Combining the drug with alcohol can also intensify the negative side effects of Concerta, such as nausea, headaches and dizziness. It can also cause anxiety and impaired concentration in the user.

Approximately 6.4 million children four to 17 years of age have been diagnosed with ADHD.

Approximately one-third of college students have abused stimulants like Concerta.

There were 15,585 emergency room visits related to ADHD treatment medications like Concerta reported in 2010.

Theresa is a Certified Addiction Professional (CAP), a Certified Behavioral Health Case Manager (CBHCM) by The Florida Certification Board, and a Certified International Alcohol and Drug Counselor (ICADC) by The International Certification and Reciprocity Consortium (IC&amp;RC). Theresa is also a Certified Professional Life Coach and volunteers at a local mental health facility helping individuals who struggle with homelessness and addiction. Theresa is a well-rounded clinician with experience working as a Primary Addiction Counselor, Case Manager and Director of Utilization Review in various treatment centers for addiction and mental health in Florida, Minnesota, and Colorado. She also has experience with admissions, marketing, and outreach. Eager to learn, Theresa is currently working on her Master’s Degree in Clinical Mental Health Counseling. As a proud recovering addict herself, Theresa understands first-hand the struggles of addiction. There is no limit to what Theresa is willing to do to make a difference in the field of Addiction!