Cocaine Anonymous, a 12-step program, provides individuals who have completed treatment for Cocaine use an opportunity to maintain their sobriety through working with others.

What Is Cocaine Anonymous?

Cocaine Anonymous (CA) is a 12-step program formed in Los Angeles and founded in 1982. Twelve-step programs are peer-led and help people overcome various issues related to substance abuse and other maladaptive behaviors. Like many other 12-step programs, Cocaine Anonymous meetings are available online and internationally. There is no cost to attend CA meetings; however, group leaders will accept donations, sell books, or hold fundraisers to help with program-related expenses. The 12-step program has been around since 1938, starting with Alcoholics Anonymous (AA). Since then, there are now over 30 different 12-step programs.

Who Is The Cocaine Anonymous Program For?

The Cocaine Anonymous website reports, “Anyone with a desire to stop using Cocaine and all other mind-altering substances may attend any CA meeting, including those designated as closed.” Closed meetings are reserved for people who have experienced or are experiencing a substance use disorder (SUD), which is a mental disorder that leads to an individual’s inability to cease substance use despite negative consequences. In contrast, open meetings are typically available to anyone who would like to attend, including professionals and family members of those with a SUD. Although many people who attend Cocaine Anonymous struggle with Cocaine abuse, other members may also struggle with Crack Cocaine use, Meth use, or other similar substances. Using more than one substance at a time is known as polydrug use.

The CA website also informs people that Cocaine Anonymous is not a religious program, and members are “free to define their spirituality as they see fit.” Therefore, the program is open to anyone regardless of their religious affiliation or lack thereof.

Risks Of Cocaine Use

Cocaine is a white powder made from the leaves of the coca plant native to South America. Dealers often mix or cut Cocaine with other powders that look comparable. This is especially dangerous since the individual purchasing the drug cannot be sure what they are buying and how it will affect them. Fentanyl (a highly addictive and lethal Synthetic Opioid) is now being discovered in Cocaine, which greatly increases the risk of overdose and death.

Cocaine is an addictive substance that affects the central nervous system. A person who uses Cocaine regularly will notice an increased tolerance for the substance, meaning they will need more of it over time to feel the same effects. Cocaine abuse can lead to dangerous and fatal side effects. Some side effects of using Cocaine include:

Furthermore, people who use Cocaine are at a greater risk for numerous health issues, including:

Cocaine abuse can cause individuals to lose their careers, their relationship with family members, and their life savings. Moreover, it can result in legal issues, ruined reputation, jail time, and even death.

What Happens In Cocaine Anonymous?

The core belief of Cocaine Anonymous is the spiritual idea of one person who has experienced substance abuse helping another. Members of CA often attain this core belief through sponsorship and connecting with others by sharing experiences. Members who have attended meetings for several months or years can offer the newcomers hope and wisdom. Contrarily, the newcomers help those who have been in the program the longest by reminding the senior members of where they have been and their past and current struggles.

Most meetings are held at a church or a community center. A typical meeting begins with a chairperson reciting the Serenity Prayer. Following this, new members will have an opportunity to introduce themselves before the group moves on to allow other group members to read the passage We Can Recover and the Twelve Traditions textbooks. Before taking a quick coffee break, they may encourage donations by passing a basket around. After the break, they will typically give out sobriety chips for those reaching 30 or more days of sobriety and allow those receiving chips to share. Before the end of the meeting, they will encourage people with unanswered questions to exchange numbers with other group members. The description above is a typical meeting format, but there are many different formats in which meetings can be facilitated.

Sponsors are members of the fellowship who have maintained sobriety for a considerable amount of time. They have a great deal of experience in the program and actively practice the program’s philosophies. Sponsors mentor other group members by offering guidance and support. They also help other members in completing the 12 steps. A sponsor will provide others with strength and hope by sharing their experiences and offering guidance. What makes Cocaine Anonymous or any other 12-step program distinct is that each member has a common goal: to overcome whatever their addiction is. The sponsors and group members achieve this goal by leaning on one another for support and camaraderie.

In the past century, the 12-step program has grown to include various addictions, has helped countless people, and has been adopted by many treatment centers and people worldwide. Cocaine Anonymous is specifically for those who have already gone through treatment for Cocaine use and want to maintain sobriety through working with others. Those searching for CA support groups in their area can find more information on the Cocaine Anonymous website.

Treatment may need to be considered for those who are actively using Cocaine and are experiencing difficulty ceasing use. There are multiple levels of care for treatment for Cocaine abuse, including inpatient treatment, outpatient treatment, and specific therapies (like cognitive behavioral therapy). For treatment to be effective and withstanding, programs need to address all concerns an individual is facing concerning substance abuse, like mental health conditions or polydrug use. Contact a treatment provider here for more information on treatment and support group options. 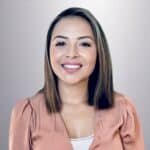 View All Centers
Showing 4 of 16 Centers