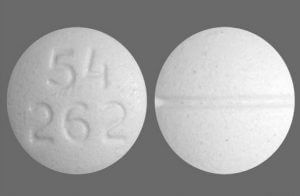 Morphine is an opiate used to relieve severe pain. Named after Morpheus, the Greek god of dreams, morphine provides a feeling of euphoria oft-described as a dreamlike state. The drug can be taken in the form of a tablet, syrup, or injection. In some cases, morphine can even be smoked.

Morphine has the potential to be highly addictive, as tolerance to it develops rapidly. A federally designated Schedule II drug, morphine is used to treat moderate, severe, and chronic pain. It is also used for pain relief after major surgeries, treatment for cancer-related pain, and shortness of breath at the end of a patient’s life.

However, morphine also runs a high potential of abuse because of its pleasurable effects and relative accessibility. In recent years, morphine pills have added abuse deterrent coding so that they cannot be crushed, snorted, or injected. While this has reduced the addictive potential of prescribed morphine, it has not eliminated its potential and it has not impacted illicitly manufactured morphine.

Some of the common street or slang names for morphine include M, Miss Emma, monkey, roxanol and white stuff. Morphine is a naturally occurring substance extracted from either the opium poppy plant or concentrated poppy straw. Its chemical makeup is similar to heroin, as they are both extracted from the same plant. Contact a treatment provider for help battling a morphine addiction.

As a narcotic drug, morphine is often abused for its pleasurable effects. Those suffering from chronic pain have the potential to misuse their medication, which increases their likelihood of developing a substance use disorder.

Common effects of morphine include:

Those who abuse morphine in high doses put themselves at risk for overdosing. Signs of a morphine overdose include slurred speech, inattention, intense drowsiness, fever, elevated blood pressure, increased thirst, lower back or side pain, decrease in responsiveness, extreme sleepiness, swelling of the face and extremities, no movement, slowed breathing, and muscle cramps, spasms, pain, or stiffness. This is because morphine depresses the central nervous system. Overdosing on morphine can lead to unconsciousness, coma or slowed breathing to the point of death.

Addiction to morphine develops for a number of reasons, especially when someone consistently abuses this powerful drug. An addiction typically begins with a tolerance — needing larger doses of morphine to feel its effects. Once a tolerance develops, users will experience withdrawal symptoms when they don’t take morphine, making it hard to quit. In many cases, the psychological dependence on morphine develops soon after the physical one.

Someone addicted to morphine will compulsively look for and and abuse it, ignoring the negative consequences.

Morphine addiction is similar to heroin addiction, and is a very difficult addiction to overcome. Sudden withdrawal from morphine can be extremely uncomfortable and unpleasant; therefore, a medically managed detoxification is the best way to rid the body of the substance according to research. Contact a s treatment provider to discuss available treatment options.

Morphine and Other Drugs

Because morphine is a central nervous system (CNS) depressant, it is very dangerous to combine with other CNS depressants. Alcohol and benzodiazepines are two commonly abused CNS depressants that can result in extreme sedation, respiratory failure, or even coma when used with morphine.

More than half of accidental drug deaths in the U.S. were caused by heroin and morphine. Some other statistics about morphine include:

10 percent of the U.S. population has abused an opiate drug in their lifetime.

The number of morphine addicts admitted to the emergency room increased by 106 percent between the years of 2004 and 2008.

More than 60 percent of morphine addicts admitted to getting the drug from friends or relatives.

Morphine addiction can be very difficult to overcome, but it is far from impossible. Studies have shown that addicts who are able to make life changes dramatically increase their chances of recovery without relapse. Help is available. Contact a dedicated treatment provider to discuss treatment options.

Theresa is a Certified Addiction Professional (CAP), a Certified Behavioral Health Case Manager (CBHCM) by The Florida Certification Board, and a Certified International Alcohol and Drug Counselor (ICADC) by The International Certification and Reciprocity Consortium (IC&amp;RC). Theresa is also a Certified Professional Life Coach and volunteers at a local mental health facility helping individuals who struggle with homelessness and addiction. Theresa is a well-rounded clinician with experience working as a Primary Addiction Counselor, Case Manager and Director of Utilization Review in various treatment centers for addiction and mental health in Florida, Minnesota, and Colorado. She also has experience with admissions, marketing, and outreach. Eager to learn, Theresa is currently working on her Master’s Degree in Clinical Mental Health Counseling. As a proud recovering addict herself, Theresa understands first-hand the struggles of addiction. There is no limit to what Theresa is willing to do to make a difference in the field of Addiction!

Instead of calling directly, you can enter your phone number below to request a call from a treatment provider.

Bad habits holding you back?

Entrepreneur Keir Weimer created a system called the Live Free Lifestyle to give purpose to his life after realizing he had a serious problem with alcohol. A tragic accident that claimed the life of Weimer's friend and landed Weimer in prison for 3 and a half years was the beginning of Weimer's motivation to live differently.

Treatment providers
are waiting for your call