Sleeping pills are sedative-hypnotics, often prescribed for insomnia. Unfortunately, many people become dependent on them and from there, an addiction can develop. 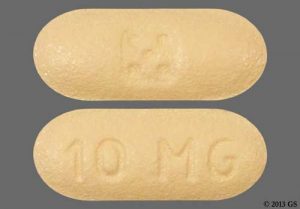 Although people successfully treat short-term insomnia with sleeping pills, many become dependent on them. The numbers aren’t in their favor. Approximately 38 million prescriptions for Ambien (a common sleeping pill) were written between 2006 and 2011.

With such rampant accessibility, and a perceived blessing from medical professionals, it’s no wonder so many people fall prey to the power of sleeping pills.

Many people wrongly assume they can’t get addicted to sleeping pills, and some people even claim getting this information from their doctor. Yet, some people find themselves unable to sleep without the help of a sleeping pill. As tolerance increases, many find that they need to take larger dosages to obtain the desired effect

A lot of people don’t realize they’ve become dependent, or possibly addicted, until they stop taking their sleeping medication. All of a sudden they begin experiencing withdrawal symptoms, a telltale sign of both dependence and addiction.

Other signs that sleeping pill use has gotten out of control include:

Addiction can develop and manifest in various behaviors, such as when an individual increasing their dose without consulting a physician or the appearance of consistent cravings and desire to use their drug of choice.

When sleep does not come easily or is interrupted, patients may take more of their [sleep] medication than is prescribed. This may occur even though the medication guides…contain clear instructions to the patient to take the product exactly as prescribed.

The 3 most common sleeping pills are:

Although most non-benzodiazepine sleeping pills have different molecular makeups, they all have similar effects. Sleeping pills bind to the same GABA receptors in the brain as benzodiazepines, but they are believed to have fewer side effects.

Most doctors only prescribe sleeping pills for short-term use. Doctors prescribe them for cases of severe insomnia and not necessarily on a strict dosage schedule. These drugs are fast-acting and can often be used on an as-needed (PRN) basis.

Unfortunately, many people begin using sleeping pills anytime they have trouble sleeping or face something in life that makes them feel anxious.

When sedatives are used in a way not prescribed by a doctor, it is considered abuse. At higher doses, sleeping pills produce the same drowsy, feel-good effect as their highly addictive counterparts, benzodiazepines. Sleeping pills can also produce hallucinatory effects when an individual takes the drug but fights the urge to sleep.

Other effects of sleeping pills include:

Sleeping pill abuse has also escalated for high school and college students just looking to have a good time. The drug can exacerbate the effects of an alcohol buzz or cause a similar feeling on its own. Among young people still living at home, access to a prescription (of their own or their parents) is often all too easy.

The effects of sleeping pills on brain function can manifest as early as the first time the drug is taken.

Over time, the brain becomes accustomed to the effects and recovery gets harder. Often, recovering sleeping pill addicts will suffer from “rebound insomnia,” or a compounded insomnia that is even worse than it was before they started taking the drug. This is a common side effect and should not be used as a reason to continue taking sleeping pills. Fortunately, medically assisted detox can help minimize this and other symptoms of withdrawal.

The sedative effects of the sleeping pill is amplified by alcohol, increasing the likelihood of a fatal overdose. Yet those who have a severe addiction (and a concurrent tolerance) may use alcohol to bump up the potency of their sleeping pills.

Other drugs often taken with sleeping pills include:

In 2012, 21 percent of those abusing sleeping pills had thoughts of suicide related to their drug use.

In 2011, there were 30,149 emergency room visits due to nonmedical use of the sleeping pill Ambien.

Next Page Ambien Addiction and Abuse

Theresa is a Certified Addiction Professional (CAP), a Certified Behavioral Health Case Manager (CBHCM) by The Florida Certification Board, and a Certified International Alcohol and Drug Counselor (ICADC) by The International Certification and Reciprocity Consortium (IC&RC). Theresa is also a Certified Professional Life Coach and volunteers at a local mental health facility helping individuals who struggle with homelessness and addiction. Theresa is a well-rounded clinician with experience working as a Primary Addiction Counselor, Case Manager and Director of Utilization Review in various treatment centers for addiction and mental health in Florida, Minnesota, and Colorado. She also has experience with admissions, marketing, and outreach. Eager to learn, Theresa is currently working on her Master’s Degree in Clinical Mental Health Counseling. As a proud recovering addict herself, Theresa understands first-hand the struggles of addiction. There is no limit to what Theresa is willing to do to make a difference in the field of Addiction!