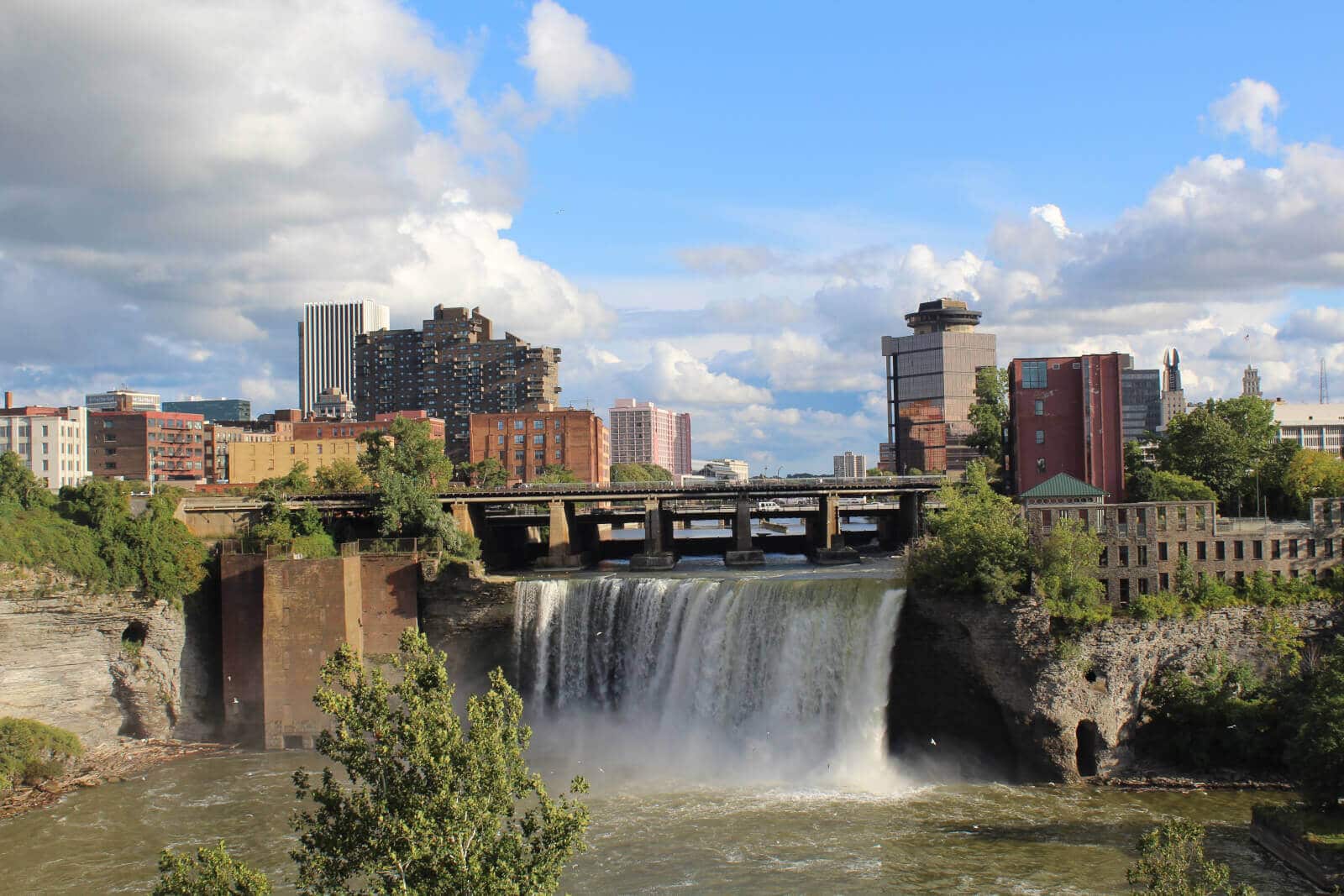 To combat the stigma of drug abuse, Rochester, New York, has increased its inpatient and outpatient rehabs and addiction services.

Rochester, New York, is a lakefront city along Lake Ontario, home to 208,046 residents within city limits and over a million in the greater metropolitan area. Though not as large as surrounding cities, drug addiction rates for Rochester and Monroe County are comparatively high. The opioid epidemic is hitting the area hard; sparking restrictions on prescription opioid painkillers that have turned many opioid-dependent individuals into residents with growing heroin addictions.

There is no greater drug epidemic than the one our community is facing right now. We are attacking this crisis head-on with an aggressive approach, including a multi-jurisdictional partnership involving increased manpower, resources, and outreach. We can’t afford not to. Lives depend on it.

Between 2013 and 2016, more than 600 people were arrested for heroin-related crimes in Rochester; approximately 70% took place in the North Clinton Avenue area. The Rochester Police Department described the residential street as a “drug corridor” and “open-air drug market” with the open sale and use of heroin. Data has revealed that over half of buyers travel from areas like the Finger Lakes suburbs, Buffalo, and Syracuse.

Local authorities have formed the Monroe County Heroin Task Force to curb the spread of addiction. In 2017, 766 overdoses resulted in 85 deaths in Monroe County. In the first six months of 2018, an average of three people overdosed on some opioid derivative (the majority being heroin) per day. In March alone, 12 of 85 overdoses ended in death. Heroin sent 2,597 patients to OASAS-certified treatment centers (over 3,200 were admitted for any opioid, including heroin) in 2017. Both numbers had increased since 2016.

The average age of a person who died from heroin overdose in Rochester is 36.

3,214 patients were admitted to state-certified addiction treatment centers for opioids.

Monroe County has worked hard to make treatment available to as many as possible. The Office of Alcoholism and Substance Abuse Services (OASAS) oversees addiction treatment services across a number of facilities in the area. More emergency responders and treatment providers have also been trained in the administration of Narcan and Suboxone (a combination of buprenorphine and Naloxone).

Levels of care offered through Rochester rehab services are:

Starting the journey to recovery can seem daunting when you don’t know your options. Depending on the length and severity of your addiction, treatment options can vary widely. To learn more about addiction therapy and finding rehabs, contact a treatment provider today.

The University Counseling Center (UCC) gives a far reaching introductory evaluation and an individualized treatment want to individuals from the University of Rochester community who pay the compulsory health fee. In light of the underlying appraisal, a treatment design is produced by the clinician that tends to the customer’s remarkable needs and concerns. This arrangement may incorporate suggestions, for example, however not constrained to: group therapy, workshops, brief treatment, referrals to community provider for particular treatment or longer term treatment services, Therapist Assisted On-line (TAO), case management services, psychiatry or different campus services.

For members of the University of Rochester community who pay the necessary health fee, the University Counseling Center (UCC) provides a holistic primary evaluation and an individualized treatment plan. Supported the primary evaluation, a treatment set up is developed by the practitioner that addresses the client’s distinctive wants and considerations. This set up could embody recommendations akin to, however not restricted to: group psychotherapy, workshops, temporary medical care, referrals to community supplier for specialized treatment or long run medical care services, Therapist Assisted On-line (TAO), case management services, psychological medicine or alternative campus services.

The Health and Wellness Center gives merciful, amazing restorative and psychological well-being services and wellness education to students. In advancing wellness, we likewise fill in as a wellbeing and therapeutic asset for the campus community.

The scales of health addressed are emotional, physical, social, career/academic, spiritual, financial, and environmental. The subsequent areas are a part of Student health: Wellness tutorial Program, Recreation and Intramurals, the Fitness workplace, outside Education, and Student health Services. Therefore, Student Wellness is a group of programs and services centered on helping student achievement by enhancing the health and wellness of RIT’s student body.

All students are qualified for an early session with a Counseling Services advisor, and in view of that discussion the clinician and students will cooperate to discover a game-plan that best suits the student’s needs. There are an array of choices, including however not constrained to time-restricted individual directing with a Counseling Services advisor, joining a themed gathering, (for example, an anxiety administration or an educational coping skills group), or taking an interest in a gathering that spotlights on student’s encounters identifying with others. We additionally offer psychiatric assessment and medicine administration.

The Counseling Center at Roberts Wesleyan College offers free and confidential mental health services to College student body. The counselling staff has a master’s degree or above and are licensed mental health professionals. For some of our most-requested information please see our frequently asked questions below.

The counseling center promotes comprehensive educational experiences of students which enhance the quality of life and fosters a College environment, which is conducive to growth. The Counseling Center provides professional services which contribute to the intellectual, personal, and interpersonal development of the student. We also provide services and programs which promotes the personal development and psychological well-being of all members of The College at Brockport community.

Other Cities in New York