Philadelphia, Pennsylvania has some of the highest rates of drug-related activity in the country, leaving many thousands of local residents in need of rehab services. 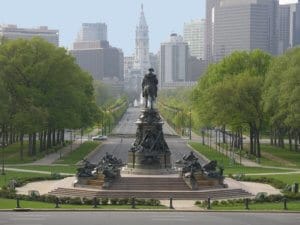 Heroin and cocaine are easily accessible in Philadelphia and are increasing in use. In 2016, 280 people died of cocaine overdoses, and this number is predicted to increase. The area of Kensington, in particular, is home to a large population of heroin abusers. Kensington attracts people from other cities in Pennsylvania as well as people from other states to begin or support their habit. Many are attracted by rumors that Kensington has high-quality heroin available at cheap prices, but in fact the drug supply in this area is little different than what is found elsewhere in the region.

Fentanyl use is becoming more widespread. Tragically, the drug is often found in people who have overdosed on cocaine and heroin. It is common for dealers to mix their product with fentanyl, creating more powerful effects and much greater risk. A report suggested 64 percent of drug-related fatalities in Philadelphia County were Fentanyl-related. 800 fentanyl-related deaths were reported in 2017 in Philadelphia.

Gender and Substance Abuse in Philadelphia

Although the majority of drug-related deaths in Philadelphia are males, increasing numbers of the city’s women are falling victim to the trap of addiction. 30 percent of overdoses in 2016 were women. The Opioid addiction rate among women tripled in 2016 in Philadelphia.  Drug use and prostitution can go hand-in-hand in Philadelphia, and some women get involved in sex work to support their habit, putting them at heightened risk of  sexual violence and trauma. An area of special concern is pregnancy. Unfortunately, some women experience pregnancy while they are addicted to Opioids, Alcohol, and many other substances, and give birth to babies who are chemically dependent or suffer from a variety of birth defects as a consequence.

Rehab for Drug Addiction in Philadelphia

Fortunately, Philadelphia residents struggling with addiction can find hope by entering rehab. Treatment seekers can stay local for rehab in order to have the support of friends and family members. They may also choose to travel to remove themselves from familiar environmental stressors and triggers.

Inpatient rehab facilities are the most intensive and hands-on support available. Patients enter a facility, connect with staff, are safely away from temptation to use drugs. Facilities also give patients access to medication to reduce substance cravings while encouraging spiritual healing. After patients go through detox, they learn techniques such as meditation to create calming mind-body experiences and gain opportunities to connect with peers.

Outpatient rehab is another option for rehab offering weekly treatment sessions, flexible payment options, and counseling. Outpatient rehab allows patients to gain treatment while balancing responsibilities of everyday life. Day programs allow those in recovery to meet 5 to 7 days a week and get involved in ongoing therapy, such as music and art therapy.

If you are suffering with addiction, treatment providers are standing by to assist you. They are sensitive to the needs of prospective patients. Treatment facilities offer methods to help those battling addictions to overcome their addictions and maintain sobriety. Contact a treatment provider today.

AA and NA Meetings in Philadelphia

Other Cities in Pennsylvania

Ready to connect with treatment seekers across the country? Enter your information to learn about our advertising options and get in contact with our development team.