7 Signs You May Have An Eating Disorder

Do You Have An Eating Disorder?

Eating Disorders: how often do we see them depicted on a movie or scrutinized in the tabloids? Lady Gaga, Demi Lovato, Netflix’s “To The Bone” movie – we know what anorexia looks like, but do we really understand how to pinpoint disordered eating in the people we hold close? Or within ourselves? Do we know the signs you may have an eating disorder?

As a culture, we are still fed a loose version of the signs that are involved in an eating disorder. What we fail to take into account is that eating disorders are much more than weight – and a real threat to millions of women and men around the world. In fact, anorexia nervosa is the most fatal mental disorder in the world.

In my treatment center, there was a sign over the cafeteria door that listed behaviors we were allowed or not allowed to exhibit while eating. These included specific limits on liquid consumption and which food groups we were allowed to combine with others. For example, we could put peanut butter on our bananas; we could not put it into our yogurt.

Food rituals vary depending on which cycle of the eating disorder someone is experiencing. We often don’t recognize that eating disorders, as with alcohol and drugs, fluctuate. For a drug addict, it might be Cocaine to Heroin or vodka to whiskey. For an eating disorder, it can phase from exercise bulimia to binge eating, from binge eating to restriction, etc.

In months of restriction, there is a tendency to cut and minimize food: grapes in half, bananas down the middle, veggie burgers without the bun, or maybe ripped off excess tortilla.

Take notice of food reconstruction. For most, no meal can be eaten as prepared.

For someone in the binging cycle, on the other hand, they will pick out the food methodically, and often eat frantically, 1 item to the other until all is gone.

Singling oneself out in a group is a top sign for disordered eating. This is more than the instances where you’re the 1 friend that says “No, I don’t want Sushi. I want Mexican.” These are the times you’re on a road trip, and there’s a group in a car.

Eating in public becomes increasingly difficult because it’s difficult to be flexible when consumed by the sodium content at a fast food joint (or, really, anywhere) and because of the pressure to remain “sociable” in a group while also meticulously counting every ounce of food.

You’ve forgotten that a balanced life comes with mindfulness, not control.

Because of this, you are the person that always has an excuse as to why you’re not eating a full meal. You’ll show up 20 minutes late to avoid the appetizers or meticulously stuff food in pockets, almonds in a sweatshirt, or chicken down the toilet.

Splitting a meal becomes increasingly difficult. To the victim of an eating disorder, sharing food is like when your roommate invades your closet and wears your favorite shirt without asking. People with eating disorders desire control over what they’ve chosen to eat or not eat. They feel a need to organize, move, strip, and search food.

They cannot eat a piece of lettuce with too much dressing. They cannot take a bite of a wrap without making sure all the excess tortilla has been picked off, and they cannot stand sharing with another person because they don’t know what that person might do with the food.

This is part of the eating disorder cycle that can result in bingeing. You deprive yourself of cheat days or holiday pie, and eventually you snap. You “allow” yourself to have a piece of cake. Once you’ve opened Pandora’s Box, however, it’s hard to close again.

This is what the cycle feels like. It’s frantic and impulsive.

It is increasingly difficult to adjust to events that involve food and beverage. Buffets are a nightmare because there are too many options.

It becomes a point of pride for someone with an eating disorder when they can sit in a group full of people and feel as though they have more self-control because they are only eating 1 chip while others eat more. There is a feeling like you can hold your head up higher than ever before, and it becomes everything you base your entire worth around.

Every food becomes “black and white.” Someone with an eating disorder will stand in grocery stores comparing nutrition labels.

They’ve convinced themselves not only to group food items, but food brands as well. Food is your number 1 enemy. Your country and the FDA are your numbers 2 and 3.

Typically, “safe foods” have defined calorie counts and are small in nature.

Coffee is the culprit of an eating disorder. Coffee, an aging sage with its social acceptance and availability at every street corner, is the true secret. It gives energy, fills up your stomach when hungry, and typically comes with a side of a bathroom break.

There were patients in my treatment center who drank multiple cups a day because it’s such a social staple of our culture that it’s often overlooked how much you’re consuming.

This goes for alcohol as well. I drank to dull hunger cues. I disregarded calories in alcohol as long as it left me feeling full, and I’ve found this a more and more common warning in other people in my age group.

Notice the convenient times sickness arises before or after meals.

Take heed if someone close to you is having more and more stomach issues. In restricting or binging there will likely be these issues and/or headaches, low blood pressure, etc. Likely, you will hear “I’m tired” more often.

Eating disorders are exhausting mentally, but they take a physical toll as well. Whether bingeing or restricting – the body is trying to keep up, and if you are nourishing it properly there are side effects.

Is your loved one falling more often? Dizzy and lightheaded? This could be due to low blood pressure and lack of nourishment. It takes a toll.

So much of the damage of an eating disorder, disregarding health, is that it prevents a person from ever fully feeling engaged to any event. It’s like when you’re talking to someone and you can see them eyeing the television screen from behind you. You never feel attached to anything for longer than an hour or 2 except your disorder.

The more candid those of us in recovery become about the games, the more we can help society comprehend the obsessiveness that goes into it. Perhaps then, we will have a better means of fighting it within ourselves and as a community. 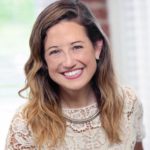 7 Truths About Recovery From An Eating Disorder

The experience of recovery from an eating disorder has been very different my expectations. Here are seven real truths I've learned in the process.

TikTok has a new recovery community sprouting on its platform that is rejecting content that encourages drug use.

Addiction transference is a common problem that can occur to individuals who struggle with or are recovering from alcohol, drug or behavioral addictions.