How To Remain Sober In A Non-Sober House

Moving to Portland was in many ways the most freeing experience of my life. I moved here and started working full-time as a freelance writer, something I love. I felt invigorated by the new experience and adventure, but it also opened my eyes to the impact of living in an area where drugs are common and marijuana is legalized. The more time I spent here, the more I realized just how freely people drink excessively and take drugs of all kinds and how normalized that is. It reminded me of some advice a friend once gave to me, Liv—you’re in the minority as someone who doesn’t drink or use drugs. I very quickly realized just how right he was. It was less about what others were doing, and more about focusing on how I live sober among those circumstances.

When I got sober, I was told to change my playground. I did. I no longer surrounded myself with people who took drugs. As they aren’t legalized in the UK, it makes them less visible if you’re not hanging around in those circles any more. I was just left with alcohol, everywhere. However, I quickly adjusted to a sober life; excessive drinking and a pub on every corner no longer bothered me.

That said, arriving in Portland was like taking myself right back to when I first got sober. In some respects, it was worse because it felt like everyone here was high. When I first moved here, it was one of the first things that hit me; there were marijuana dispensaries on (what felt like) every single block, and people openly used other drugs. Meth is a big problem in Portland too. I literally spent the first month doing a double-take, “did I just see what I think I saw?” It went against all of the conditioning I’d had in England. Here I was, with them being used out in the open.

As well as reconditioning myself to being around drugs, the main challenge I faced was (as I moved here on a budget) that living on my own wasn’t an option until I’d secured a steady income. I tried to find sober housing by posting an ad in local support groups and sober housing forums but to no avail. After looking for a place through Craigslist, I found a room in a lovely house.

While my roommates knew I was sober and tried to be considerate as best they could, there were occasions that I felt very aware of being in that minority that my friend had described. In my six months living there, I experienced drugs being delivered in the mailbox, observing a constant supply of wine in the fridge, wine glasses with wine left in (a huge trigger for me), Kratom hanging around, and the smell of marijuana being smoked. Now, I don’t say this out of criticism. This is just a reality of living in a house where people drink and/or use. Sometimes you strike it lucky; other times you do not.

I remember talking to my therapist after just moving in there, saying I felt like the drugs were too close to me—within reaching distance—and that terrified me. I didn’t know what to do. She reminded me that I have been sober for over five years and that I’ve not only done that from working incredibly hard on my recovery, but because I’ve made many choices not to use. While I can ask for a boundary for drugs and booze to be kept out of communal areas, this is largely about me living a sober life around drugs. She reminded me that I always have a choice whether to use, or to move.

She next asked me to list the strategies I have in place to maintain my recovery, while living in that environment. I realized I had quite an extensive list:

Living with people who use and drink will present moments where you feel uncomfortable, and some of us are more sensitive than others. I am an introvert, so I need a quiet home and lots of space. This situation taught me a lot about myself. It helped me to realize that my sobriety is exactly that—mine. It is not about other people adjusting to fit my recovery into their life; it is about me adjusting to living in environments where people use drugs because they do and I am in a minority. However, being in a minority does not mean I need to be in an unhappy or unsafe space. With careful boundaries and a sobriety strategy for the situation, it is entirely possible to stay sober. 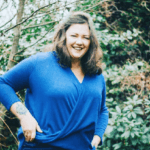 The Heroin Epidemic in America: A “Public Health Crisis”

Many who are in recovery find that dating sober is very hard in the current dating scene. Here are 3 ways you can let a love interest know.

Video Game Addiction: What Are The 5 Most Addictive Games?

While the potential downfall new technologies are often debated, video game addiction has been hooking children and adults for the past 20 years.